What started out in 1961 as an idea for a “little theatre” and with the help of a tremendous amount of generous volunteers and donors, has grown to become a Salisbury institution. After performing the first few years at Knox Junior High School, a young PPT moved performances to Hedrick

Theater at Catawba College in 1964, where the organization remained and continued to grow for nearly three decades. Resident Director Reid Leonard arrived at PPT in 1986 and immediately gained a reputation for doing a variety of top quality shows, from intense dramas to screwball comedies. In 1992, PPT purchased the Meroney Theater in Downtown Salisbury.

After spending three years and $1.8 million renovating the theater, the Meroney reopened to the public with Jesus Christ Superstar on October 19, 1995. On May 20, 2010, PPT opened the Norvell Theater, one of the only all-youth theaters in the state, with the youth production of Joseph and the Amazing Technicolor Dreamcoat.

In addition to the 5 mainstage shows at the Meroney each season (September 1 thru August 31), PPT also produces 5 youth shows each year at the Norvell. Students are involved in every aspect of the production, from ushering and concessions to backstage. In the fall of 2014, PPT launched its 20-week Youth Theatre Academy.

In December of 2014, PPT purchased Eastern Costume Company, one of the largest and most respected costume companies in the country, and moved the company to Downtown Salisbury. Currently supplying and building costumes for theatre companies from California to the Carolinas,

Eastern Costume has a 35-year reputation for building the highest quality costumes in the industry with a focus on style and authenticity. In addition to renting costumes and outfits to various theatre companies throughout the country, the new location also welcomes walk-in customers and has over 50,000 costumes for rent.

Piedmont Players Theatre is very active, engaged and supportive of the Salisbury community and has a passion for making a difference in youth, teens, and adults lives. They provide summer camps, multiple 20-week academies and more. Their upcoming plays are The Stinky Cheese Man (November 15-23) and Cinderella (December 12-21).

For individuals who purchase a ticket for the first Saturday (Nov. 16) showing of the Stinky Cheese Man show, PPT will have a party for the kids and provide a craft. Nevertheless, not all the fun stops with The Stinky Cheese Man! On Saturday December 14, PPT will be having a Father Daughter Dance. With the purchase of show tickets, little girls come dressed up how they choose, get their hair and make-up done FREE, and learn the Cinderella dance with their dads by a professional choreographer. 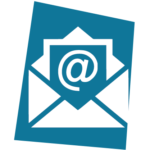 The freshest info on downtown happenings delivered right to your inbox. Receive important updates about events, new businesses, and more!