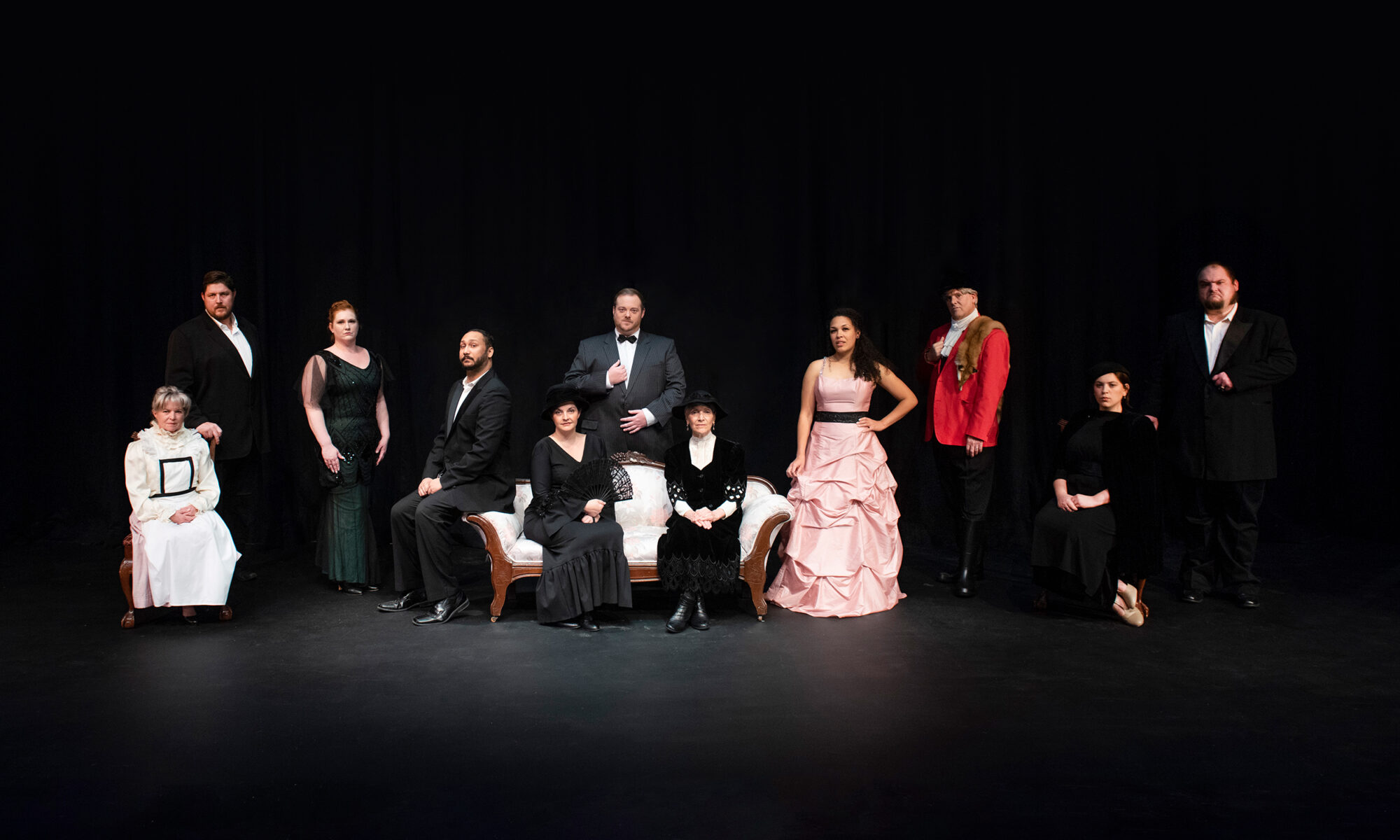 Set in London in 1909, the musical comedy A Gentleman’s Guide to Love &
Murder centers on Monty Navarro, a penniless clerk who is informed after the death of
his mother that he is ninth in line to inherit the earldom of Highhurst, controlled by the
wealthy D’Ysquith banking family.

After the imperious ruling Lord dismisses Monty’s claim of being a relative, the eight D’Ysquiths ahead of young Mr. Navarro begin dying in natural and unnatural ways. (A single actor plays all the not-so-nice D’Ysquiths, adding to the merriment of this production.) Meanwhile, Monty is trying to woo money-minded and self-centered Sibella Hallward — until he finds himself drawn to young Phoebe D’Ysquith. How will all these convoluted storylines come together? Come find out!

Piedmont Players’ production, directed and choreographed by Executive Director,
Bradley Moore and music directed by John Stafford, features a cast of 11 of the most
talented people you will ever see on stage. The 2014 winner for Best Musical, don’t miss
this four-time Tony Award winner!

TICKETS
Tickets: $23 for adults; $21 for seniors/students/military.
Tickets are available at www.piedmontplayers.com or by calling 704.633.5471