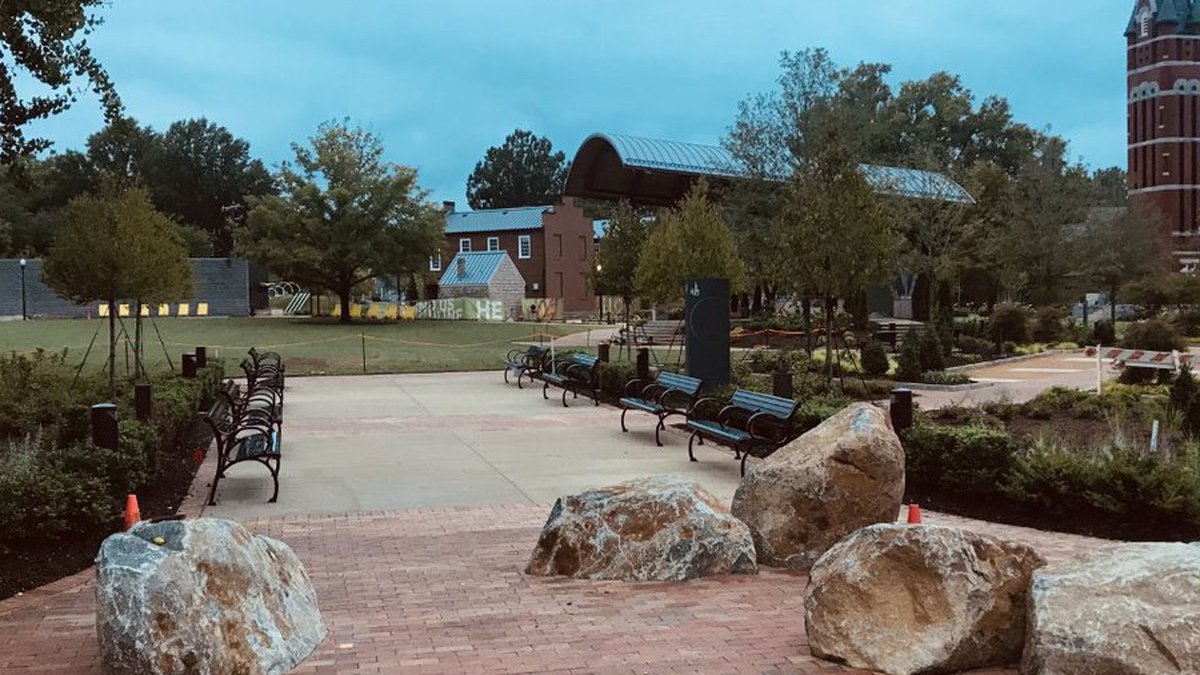 SALISBURY, N.C. (WBTV) – The City of Salisbury and Downtown Salisbury, Inc., are looking for vendors for the College Night Out event happening at the Bell Tower Green Park in August.

Th event is scheduled for Thursday, August 18 from 5 to 9 p.m. During College Night Out, Downtown Salisbury welcomes and invites students from our local colleges (Livingstone, Hood Theological Seminary, Catawba and Rowan-Cabarrus Community College) and new Rowan-Salisbury School System teachers out for games, activities, food, networking and so much more.

This year College Night Out is accepting vendors. Organizers say it’s not only is this a great way to introduce college students and new educators to Downtown Salisbury shops, restaurants and entertainment, it is a fantastic opportunity to give them access to the many resources available from Downtown partners, such as options for banking, health, culture, arts, employment and volunteerism.

Vendors are encouraged to bring any information regarding employment, internship or volunteerism opportunities.

Businesses are welcome to split booth space with other businesses and the cost will remain the same as above.

Beginning Friday, visitors to downtown Salisbury can walk around with their alcoholic beverage of choice thanks to the execution of a new social district.

A social district is designated area in which alcoholic beverages are allowed to be carried in open containers on the street.

Salisbury’s Social District follows the passing of the Bring Business Back to Downtown Bill by the Alcoholic Beverage Control Commission, which officials say aims to increase economic vitality in downtowns across North Carolina.

In the new social district, visitors will be able to buy an alcoholic beverage in a special DSSD cup from an ABC-permitted, participating business.

Participating businesses, including retailers that allow drinks into their stores, will feature a “Downtown Salisbury Social District” sticker at the door/window, according to a news release.

Officials say DSSD boundary signs will be posted along the route over the next few days.

A boundary map also is available on the Downtown Salisbury website, and accessed via the QR code on all social district signs.

Officials say drinks must be consumed within the social district and before entering any vehicle.

This does not prohibit the sale and consumption of alcoholic beverages within Bell Tower Green Park pursuant to a properly licensed and permitted event, according to a news release.

Click here for more information on rules and regulations for The Downtown Salisbury Social District. SALISBURY — Tired of having to drive outside of Rowan County to take her two boys, Waylen and Wyatt, to a safe indoor play place, Marianna Riley Jarrett decided to create her own closer to home.

Jarrett, the owner of Spotlight Dance Company, is preparing to open The Fun Factory right next door to her studio at 120 N. Church St. The indoor play cafe will have it all — a three-story “soft play” playground, a ninja course with more than a dozen obstacles, a mini-trampoline park, a toddler section, two birthday party rooms and a small gift shop. A cafe at the front of The Fun Factory will have coffee, tea, sandwiches, salads and baked goods made in-house.

“We’re going to offer a lot of different things and I do think it is something Salisbury has needed,” Jarrett said.

Jarrett is targeting late August as an opening date for The Fun Factory.

The project has been in the works for several years. Jarrett was poised to sign a lease on another location before the pandemic brought everything to a halt.

“I was devastated,” Jarrett said. “I’m not going to lie. I put in a year of planning, a year of work. I was disappointed that it didn’t work out.”

The setback had its own silver lining. While Jarrett was forced to put her original plans on hold, the 8,000-square-foot space right next to her dance studio became available for lease.

“I was disappointed that it didn’t work out, but in the end I’m so happy,” Jarrett said. “It’s bigger than the original space and being right there at the studio I love. It was set up almost perfectly for what I want to do.”

The future home of The Fun Factory is the former home of Bounce City, a children’s amusement park that was different but not completely dissimilar to The Fun Factory concept.

The Fun Factory and Spotlight will be two different businesses, but they will be physically intertwined.

“They’ll be separate businesses, but I want it to be cohesive as well,” Jarrett said. “If people are dancing and they have siblings who can play, they can go in there and play. We’re also opening a cafe in the space. That’ll be great for our competition dancers who are at the studio from 4 to 9 at night.”

The soft play playground has been specially designed to fit the physical parameters of the building and will have slides and other typical playground equipment. The ninja course is reminiscent of what one might see when watching NBC’s “American Ninja Warrior,” but on a smaller and safer scale. The course will have 15 obstacles.

Jarrett said The Fun Factory will have something for kids of all ranges, from toddlers to 14 year olds. The plan is to have a specific section for toddlers and to reserve a “toddler time” during which only kids 3 and under can use the play equipment.

“It’s a place for families with multiple kids where the parents can come, maybe use our free wi-fi and get some work done, let their kids play, grab something to eat and have a place where they can safely play,” Jarrett said.

Jarrett envisions The Fun Factory becoming a birthday party destination. And with a bakery on site, Jarrett said The Fun Factory will offer customizable birthday cakes and other sweet treats. She expects to also host a variety of family-friendly events, such as yoga classes, story time and art classes.

“There’s not anything like it and especially in the cold months and on rainy days, it’ll be a really fun place for parents to bring their kids,” Jarrett said.

The entrance to The Fun Factory will be on North Church Street. A closed off foyer will allow The Fun Factory employees to monitor who enters and exits the facility, which is another feature of the building that Jarrett is excited about.

The renovation process is now underway. Construction crews will take out the carpet, repaint the walls and install the cafe. The playground equipment, Jarrett said, is currently being built and constructed and is scheduled to arrive in July. Crews will need about 35 days to put it together.

Up to date information about the renovation process and opening will be posted on thefunfactorydowntown.com.

The Spring Roll, set for April 30 in the 300 block of East Council Street, will raise money for the Pedal Factory, a nonprofit community bike center that aims to give everyone access to a bicycle regardless of age or income.

Event planning dynamic duo Shari Graham and Hen Henderlite, along with the Pedal Factory board of directors, came up with the idea for the Spring Roll and have been organizing the event for months.

“Community events like this are why we do what we do,” said Graham, who with Henderlite organizes the ‘Tis the Season Spectacular. “Hen and I get the most enjoyment and satisfaction out of being involved in these types of fundraisers that give back to the community. The Pedal Factory is a perfect example of that.”

Graham said she and Henderlite hope their experience planning large, community-focused events will not only help make the Spring Roll a success but also shine a spotlight on the Pedal Factory and make more people aware of their unique mission.

“If our involvement in some small way brings more light to the good work that these people are doing for our community, that is the best end result,” Graham said.

The event already has more than a dozen sponsors, including leading donor Wallace & Graham Gives.

“We were instantly inspired by the Pedal Factory’s mission to combine a basic need of transportation with fitness and health, sustainability, education, building relationships and community engagement,” said Whitney Wallace Williams, attorney and chairwoman of the Wallace & Graham Gives Committee. “They have created a one-of-a-kind program.”

Williams said Wallace & Graham Gives is grateful for the vision and perseverance of the Pedal Factory’s founders, board members and volunteers.

“We wish this organization the best of success inspiring the oldest and youngest in our community to earn a bike and keep pedaling,” she said.

Through its centerpiece Earn a Bike program, the Pedal Factory has put hundreds of bicycles into the hands — and under the feet — of community members by partnering with any individual who can receive a bike at no cost in exchange for volunteer service. The Pedal Factory also has a team-building program for companies looking for an opportunity for employees to learn new skills and give back to the community.

“I continue to be amazed by the number of people who have embraced the mission of The Pedal Factory,” said Mary Rosser, Pedal Factory director and co-founder. “It’s truly a privilege to be able to continue to share the benefits of riding a bike with our community.”

The Spring Roll kicks off at 5:30 p.m. April 30 with the Alley Cat Ride and scavenger hunt. Tickets also include the Chain Reaction BMX Stunt Show, dinner and drinks, two live bands — Divided By Four and the Billie Feather Jazz Trio — plus a raffle ticket and prizes.

Tickets cost $150 for a family of four, $75 for individuals 21 and older, and $25 for youth ages 5 to 20. The event is free for kids younger than 5 and will include a fun zone. The Spring Roll will take place in front of the Pedal Factory at 311 E. Council St., which will be closed to traffic.

Winsome Hanger has reopened and is now a men’s boutique!

They offer men’s formal wear rentals and sales as well as a curated mix of exclusive brands such as Brackish | Feather Bow Ties & Accessories and Brown Dog Hosiery.

It’s been a long 6 months, but Lora Belle Baby has reopened! They are now located at 221 S. Main St. 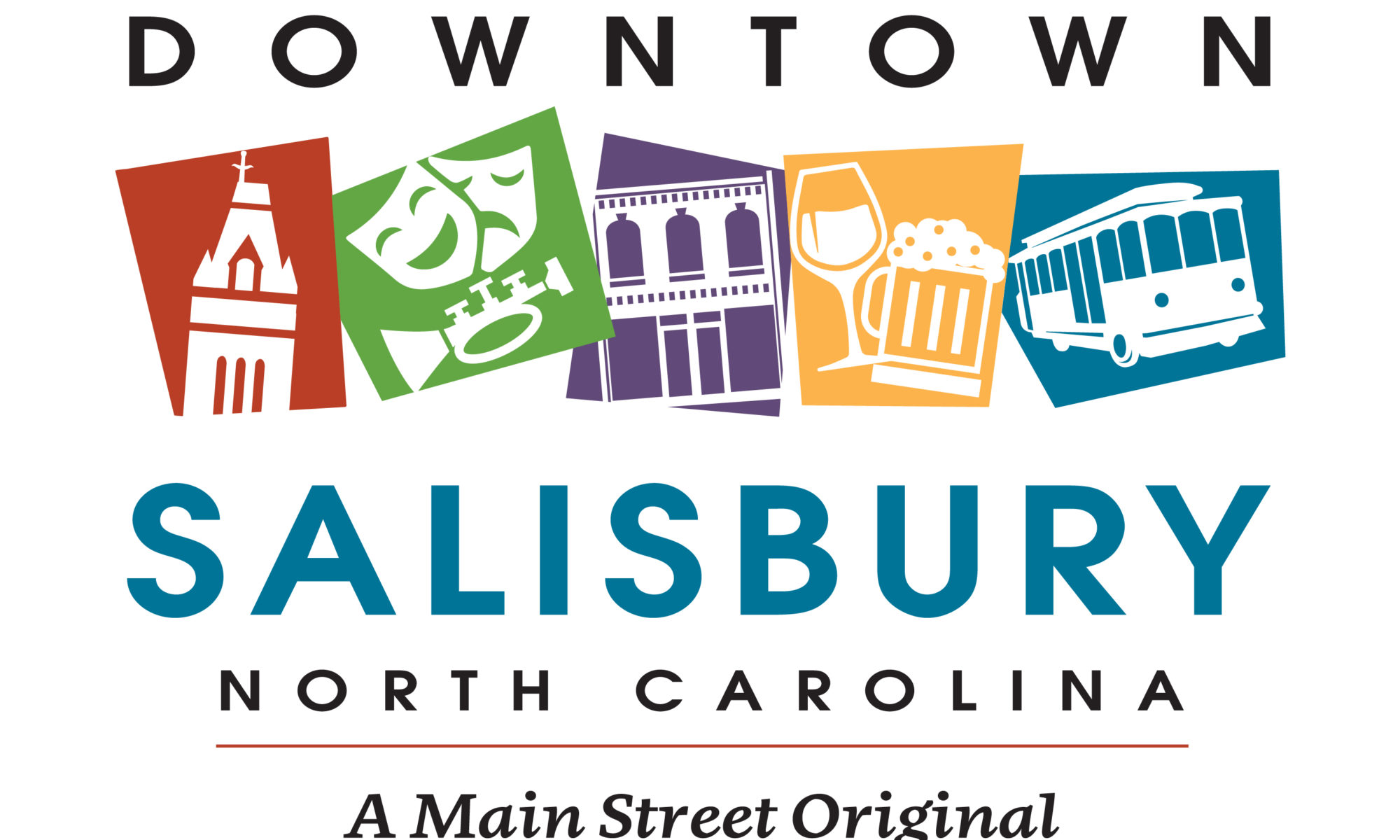 Downtown Salisbury, Inc. (DSI) is pleased to announce the upcoming launch of their new website in February 2020. In partnership with City of Salisbury staff, the development and design of the website was completed in-house at no cost.

The website’s development process focused on two primary concerns: mobile-first design and better functionality for residents, visitors and local business/property owners. The new mobile-first design is future forward, taking into account that over 70% of people use their mobile phone to access the internet and those numbers are likely to grow. The updated navigation provides clearly organized content that is easy to access. The public can now add their events to the event calendar for review by DSI staff, and the business listings can be managed directly by the business owners

In addition, DSI’s newsletter articles will be archived on the website and signing up to receive the newsletter emails each month is easy and fast. DSI staff will be constantly updating the website’s content with helpful information, articles, blogs, newsletters, announcements and more.

We hope you find the new website fresh and modern; we worked hard to make sure it contained valuable information to assist you with your downtown Salisbury, NC needs. 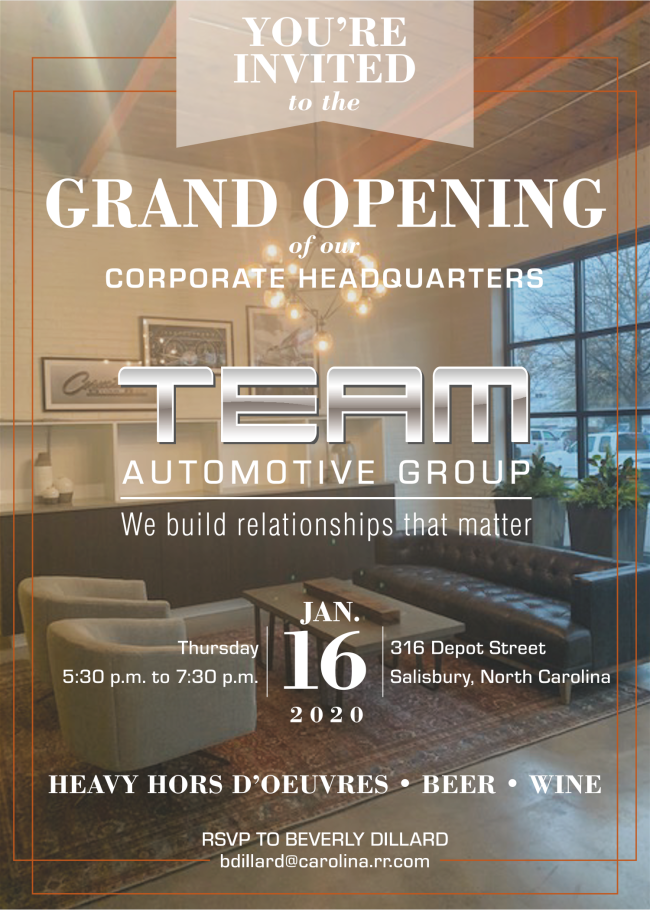