“Downtown Salisbury’s tagline as a ‘Main Street Original’ is a reminder that we were one of the first Main Street communities in North Carolina,” said Downtown Development Director Sada Stewart Troutman. “:However, the continued success of development in our downtown, spearheaded in 2021 by our three award winners, Heart of Salisbury, Barnhardt Jewelers/Lofts on Innes and Whitney Williams, shows that we remain one of the strongest downtowns in the state. It is an exciting time to live, work and play in Downtown Salisbury, and we are so grateful to Wivianny, Josh, Debbie, Whitney and their teams for their continued celebration and vocal support for all things Salisbury. They join a storied group of Main Street Champions and Main Street Award winners from Salisbury who have all made, and continue to make, Salisbury a better place.”

Whitney Wallace Williams has dedicated almost seven years of service to Downtown Salisbury, Inc. (DSI). She served as a member of the DSI board and as its vice-chair and chair. Since rotating off the board, Wallace has stayed active with the organization by serving on the Organizational Committee. With her legal training and experience, she has been essential to so many DSI projects. Wallace also served as the chair of the Empire Hotel Redevelopment Task Force, which was responsible for selecting a developer to purchase and redevelop the historic downtown hotel. The Empire’s successful redevelopment will be transformative for the city and its downtown.

Heart of Heart of Salisbury is a 5,000-square-foot wellness destination located in the former Flowers Bakery Building at 120 East Innes Street in downtown Salisbury. Best described as a wellness incubator, the facility includes seven affordable office suites for wellness professionals; studios and art galleries used for yoga, Tai Chi, Pilates, and belly dance; a demonstration kitchen for cooking classes; and a retail shop with local and fair trade goods. The concept for the project was to create a self-sustaining wellness complex where professionals have affordable rent, local artists have a space to exhibit and sell their artwork, new chefs have a place to connect with the community, and yogis have a community space, surrounded by artwork, to practice and teach. The Heart of Salisbury’s mission is to “help build a healthy community by giving individuals access to affordable yoga classes, professional wellness services, mindfulness education, food education, and art appreciation.” It is a synergistic model that utilizes a rehabilitated industrial setting to bring wellness professionals and clients to downtown Salisbury.

Barnhardt Jewelers/Lofts on Innes at 112 and 114 Innes Street are housed in a building constructed in 1885, is two-story, rectangular brick building with a single-story rear addition. The height, scale, and building materials are typical of many of the commercial buildings and despite modifications to the storefront, the upper facade has retained a significant degree of architectural integrity. The building previously had a saloon in the front and a billiards hall in the back, and was later used for storage. 114 Innes Street was constructed between 1931 and 1950 and replaced the first structure on that property that dated back to around 1890. The earliest use was a barber shop.  Much of the architectural character of the buildings was retained in the rehabilitation, including the wood floors and the pressed tin ceilings. The storefront of 112 East Innes Street was rebuilt.

Local professionals, including The Bogle Firm Architecture, Historic Rehabilitation Tax Credit consultant, LMY, Inc., and Central Piedmont Builders worked on both of these building rehabilitation projects that were completed in March (Heart of Salisbury) and December 2020 (Barnhardt Jewelers). Including this year’s group of honorees, 837 Main Street Champions have been recognized by the N.C. Department of Commerce since 2000. A panel of judges selected the project award winners from more than 35 nominations submitted by Main Street and Small Town Main Street communities statewide.

Every two years the City of Salisbury’s Community Appearance Commission and Salisbury Tree Board co-host the Biennial Awards to pay tribute to the many individuals, companies and organizations that make Salisbury a great city to live in. The event is a dinner and presentation at which those that have received Landscape of the Month Awards, Downtown Holiday Decoration Awards, Tree Awards and Development Awards are honored and recognized.

Alcorn, a Salisbury native, graduated from Overton, Knox, Salisbury High School and Catawba College. He eventually ventured out of town to earn his MBA at UNC-Charlotte. Since 2001, he has been owner and CEO of Global Contact Services (GCS). GCS has about 1,000 employees and provides customer service support nationwide and internationally. Click beow to read more about Greg Alcorn

This award recognizes people and/or groups from the Salisbury-Rowan community who have made important contributions to improving human relations in the areas of education, employment, housing, industry, business, civic, church, advocacy and community service. To nominate a person and/or group, please visit, www.salisburync.gov/EDKnomination. 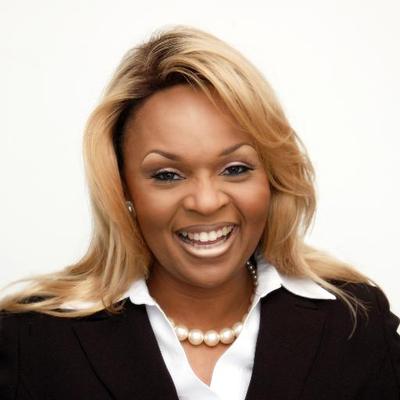 A boutique full of love, style and grace. A place for empowering women, and a home for the “Curvy Woman.” Tonyan Schoefield, a curvy woman who had a hard time finding clothes for many years, had a dream to design clothes, but couldn’t sew. She began looking for “Fashionable Fashion Forward” clothing for the curvy woman. As she looked and shopped for this specific style of clothing, it soon led to the existence of the Tonyan Grace Boutique.