The Downtown Salisbury Social District increases and expands the economic vitality of our Downtown for residents, property owners, business owners and visitors. 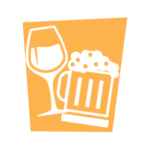 What is a social district?

A social district is a specific area in which alcoholic beverages are allowed to be carried in open containers on the street.

Can I bring my own cup to consume alcohol?

No. Drinks must be consumed from the official “Downtown Salisbury Social District” cup received at drink purchase location. The cups must not be transparent and not hold no more than 16 oz. Each business will label the cup with a Downtown Salisbury Social District (DSSD) sticker, identify where the cup was purchased, as well as put the name of the person who bought it and the date/time of purchase.

Can I bring my own alcohol to the district?

No. All alcoholic beverages must be purchased from ABC-permitted establishments located within the Downtown Salisbury Social District, carried in the approved cup, and must be consumed within the District.

What are the hours?

Visitors may stroll within the district from Monday through Sunday between the hours of 12 p.m. (noon) and 12 a.m. (midnight).

Within the Bell Tower Green Park, Monday through Sunday, as follows:

Exceptions:
Public Street Festivals: Alcoholic beverages may not be sold or consumed during and within the geographic boundary of a public street festival when such event is permitted and held in accordance with the requirements of Article VI of Chapter 22 of the Code of Ordinances for the City of Salisbury.

Will all downtown businesses sell beverages?

No. Check the sticker in the retailer’s window to see if beverages are allowed inside of the establishment. Look for the “Downtown Salisbury Social District” sticker at the door/window. ABC-permitted establishments will advertise if they sell social district drinks.

How do I know to identify the social district? Will there be signs posted?

The boundary of the DSSD will have signs posted. Please see the map below for where to expect signs at the boundary of the District. This map is also available on the Downtown Salisbury website, accessed via the QR code on all social district signs.

Can I purchase alcohol and take it home?

No. All alcohol in open containers must be disposed of before exiting the District or entering a vehicle.

Can I carry my cup into different bars or restaurants from the one I bought it in?

No. You must dispose of your DSSD cup prior to entering a business or location that holds an ABC permit.

Will retail shops allow me to bring my drink inside?

Some retail shops will allow you to bring your drink inside their store, please check the window of the store for a “Participating” or “Non-Participating” DSSD sticker.

Are there specific places to dispose of cups?

You can dispose of your DSSD cup in any trash can on the street, or trash cans provided for use by the public within a business.

Who do I contact to report someone in violation of social district rules?